In the mid hours of today, a well known Nigerian actor from the eastern part of the country, Yul Edochie, took to his verified social media platform (Facebook) to make a bogus claim. 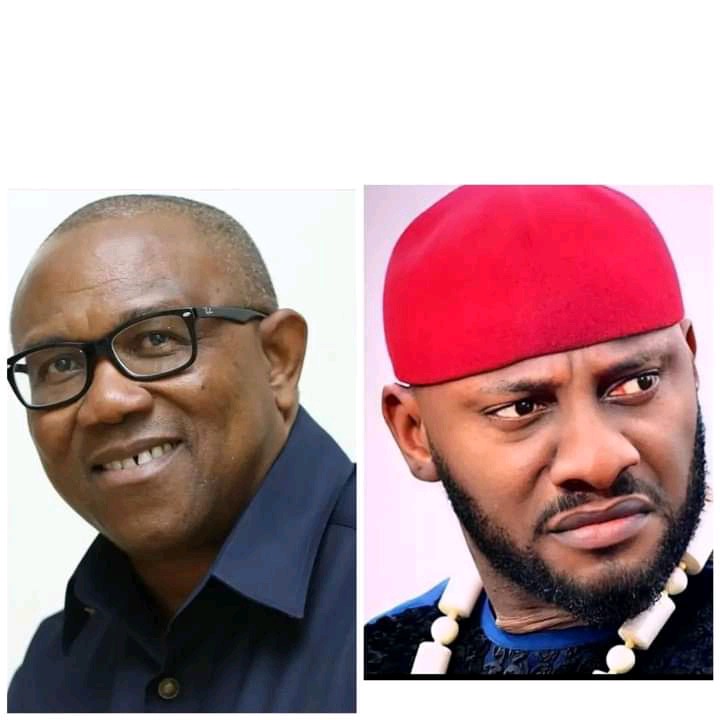 Having shared a mixed photo of himself and the presidential flag bearer of the Labour Party (LP); Mr Peter Obi, the prominent actor said, “Peter Obi and I are currently the two (2) most talked about men in Nigeria.” This statement of his stirred reactions from those who came across it.

A certain man named Hetty Ken reacted saying, “I see these two people as being fearless and responsible. I see both of them as people who, no matter what people think about them, will not run away from their responsibilities.” 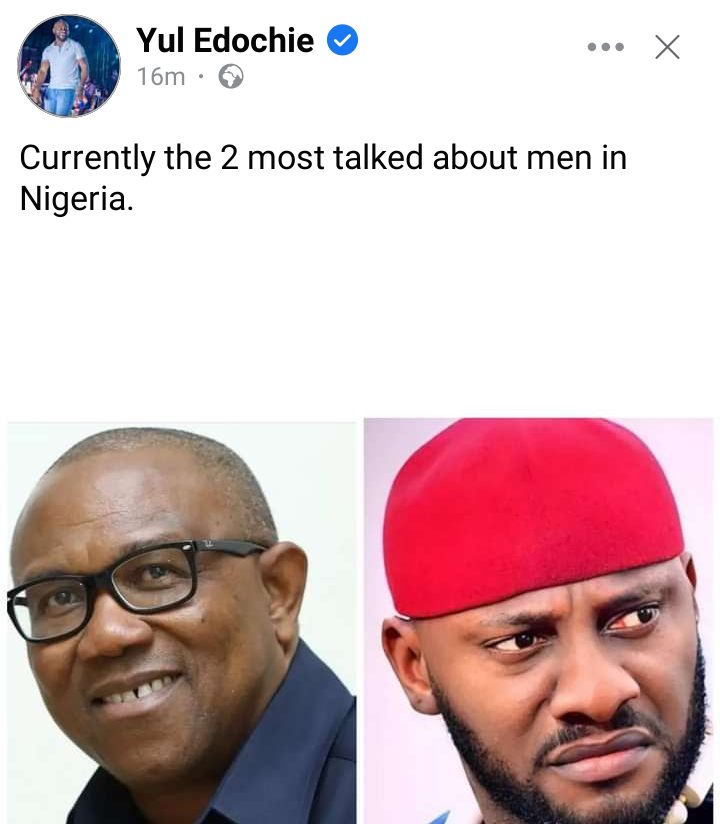 follower named Orighomisan Marvis reacted saying, “I see Yul Edochie as a great actor who has a little touch of comedian.”

To see more reactions, refer to the screenshot below: 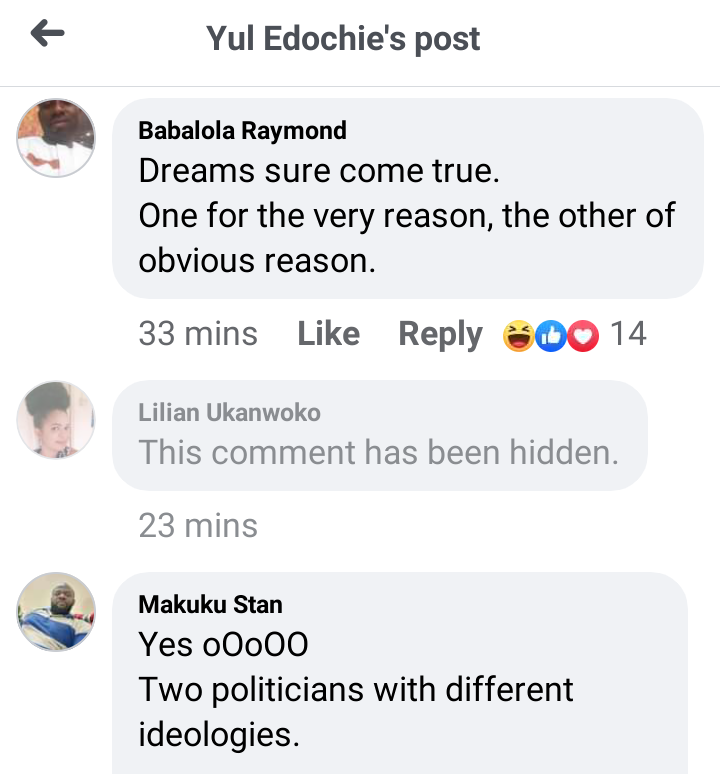 What are your thoughts concerning the claim made by the popular actor? Wonders! Meet The 28-Year-Old Woman Who Gave Birth To A Goat 30-Yrs-Old Drug Kingpin, Abba Musa Nabbed With N25M Worth of Tramadol in Kano Voting Peter Obi Might Be The Second Biggest Mistake – Jaruma