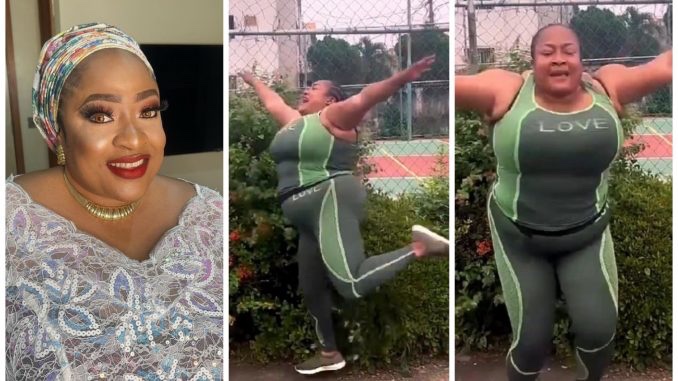 Popular Nollywood actress, Foluke Daramola Salako Oyato has stirred a lot of reactions as she shared a video of her displaying her jumping challenge.

The actress took to her Instagram page to share a few minute videos of herself in well-kitted beautiful sportswear.

The beautiful endowed actress made her film debut in a series movie titled ” Palace”. She also starred in Durodola and Above Law.

Foluke is gifted, versatile, skilful, creative, and exceptionally good in acting and interpretation of roles. She takes any character in movies.