That is one thing that I do find very interesting: this fact that we don’t know these people yet we can swear for them. “Ah ah, Uche Jumbo will never do that kind of thing!”, “Korede Bello did what? It’s a lie, it’s not possible,” when the fact is, it truly may be possible.

We think we know these people so much so that when we hear news or see a new picture or get a brand new piece of information that we never knew about, it can completely mess up the idea of these people we have in our heads.

And when this information is as big as having a whole child, then WOO! It really THROOOWS us.

That is why I have compiled today’s list. Here are 7 Celebrities You Didn’t Know Have Kids. Some shocked even me, but one in particular is only on this list because I know how much Nigerians as a whole were shocked to hear the news, I just had to include it (even though I don’t find the person himself to be a celebrity.) 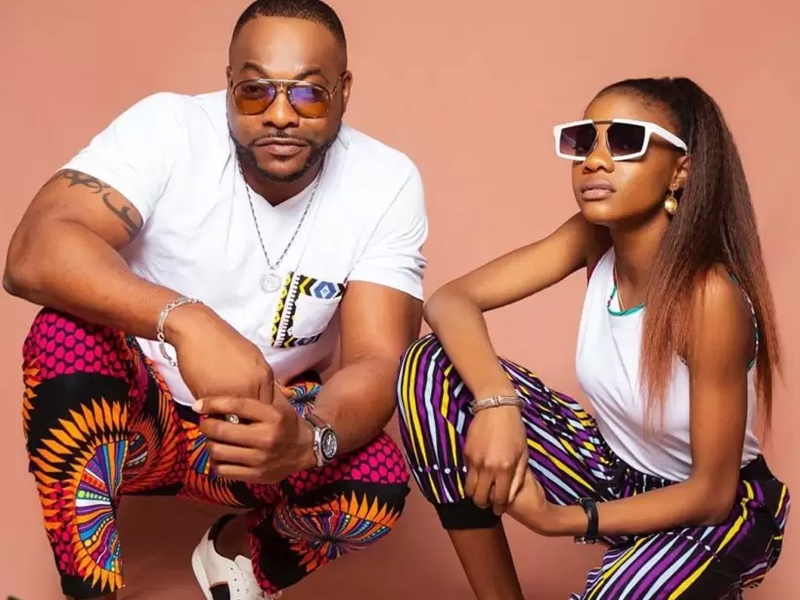 Nollywood actor most popular for his roles on Nigerian streaming website, IrokoTV appearing in movies and series such as Husbands of Lagos and Picture Perfect is majorly known for playing the ‘bad boy’. His built physique and intensity on screen make him one of Nigeria’s most eligible bachelors and heartthrobs.

Or at least so we thought!

Turns out Bolanle is not only married and has been married to his wife, Bunmi, for several years now, he is also a father of 2 children: one boy and one girl.

Welp! Sorry to all the ladies who were hoping and praying.

When you watch a Maheeda music video, so many things go through your mind: “Wow! Is she really naked in a Nigerian music video?”, “This is very sexy”, “Are you telling me she was a gospel artiste before?”

Every time I’ve ever heard anybody say any one of these statements, I’ve always responded with: “And you know she’s a mother too right?”

When I tell you…the way peoples eyes pop out of their head. It’s even more shocking than the fact that she started off as a gospel singer to many people.

Don’t believe me? Here are the pictures. See for yourself.

I group these two together because they are 2 ultra popular celebrities here in Nigeria. Tekno is a world-renowned music producer, and Lola Rae is a widely popular singer and songwriter.

And then Lola Rae out of nowhere dropped the bombshell that she had given birth. People absolutely lost. their. minds!

I have to say though: the photoshoot she did for herself and the baby, really good! I really like it a lot. It’s a good way of debuting the child (see how I said debuting as if she’s just ‘debuting’ a new song.

What do we know about Di’Ja?

Honestly. What do we really know about Di’ja. Almost nothing when you think about it.

Unlike other celebrities, Di’Ja does not seem to care about fame in the slightest bit. The singer is so private, her Instagram currently has just 39 posts despite having 1.2 million followers.

When pictures of the singer’s wedding hit the internet, and yes I said hit the internet because she never announced it, people on the internet didn’t even know if they were to believe it. Some people swore it was for a music video, others were just too shocked to even comprehend it.

And then she dropped the bombshell that she’d given birth and everybody was like “Okay Di’ja. You’ve won. You take the cake for most secretive celebrity.”

The singer now has 3 children.

Another MAVIN artiste, D’Prince most popular for his hit singles Goody Bag and Take Banana which are both songs that are very explicitly about sex is another one of those artistes that a lot of people just assume is single and childless.

In 2015, he welcomed his son Uriel into the world taking to Instagram to share a picture with himself and his son, captioned:

There comes a time when a boy has to become a MAN. The love of my life just gave me a bouncing baby boy. To God be the glory. Now I feel my life has a purpose. To live for my boy. #NewDaddy

This is one that I heavily debated including on this list because I don’t consider Adesua Etomi’s brother, Tosin, a celebrity. However, I couldn’t not include it when it was one of the most surprising baby reveals the year that Adesua and Banky W got married.

When pictures and video hit the internet of Adesua being walked down the aisle by her brother Tosin, the blogs and forums were immediately flooded with people trying to find out information about the man they assumed was an eligible bachelor. They said he was good-looking, and that Adesua should drop his information.

And so she did. But it wasn’t what the people wanted to hear.

Turns out Tosin is married and has been for quite some time, and has quite a number of children.

Sorry ladies, but take heart because there’s still some other celebrities with some very good looking siblings who are open and available.